The Failure of Imagination: Black Panther & Knowing the Limits of What You Can Imagine to Move Beyond Them

Exploring the limits of imagination and how to move beyond them, this article highlights ways in which human behaviors shape our perception of what is possible.

The movie, Black Panther, was groundbreaking. By making more than $1.3 billion, it showed Hollywood that an African superhero and predominantly black cast could attract a U.S. and global audience. So, by that measure Black Panther should serve as an example of the power of imagination, right? 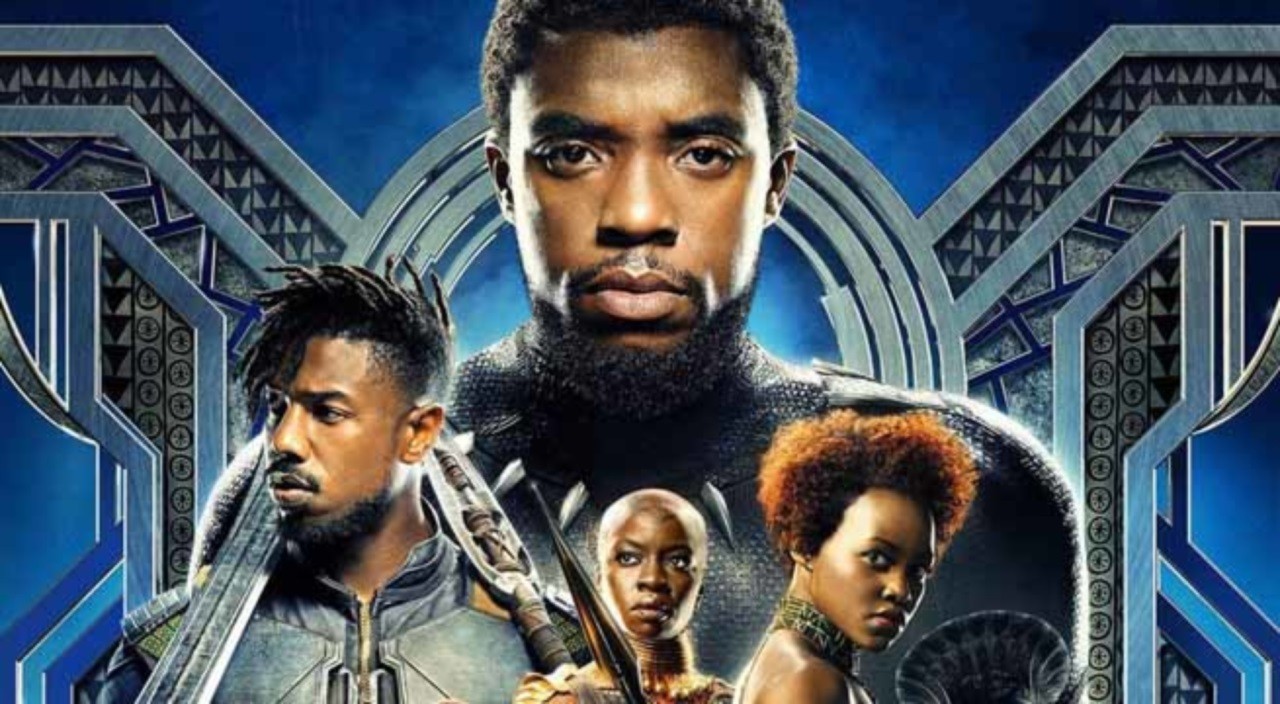 It’s important to ask another question. Could the movie have been made five or 10 years ago and still have had the same result? I’ve asked this question of a lot of people and the answer is always a resounding yes. So why wasn’t it made before?

The character first appeared in 1966, so that wasn’t the limitation. There were a number of efforts to get the movie off the ground, but let’s reduce this to brass tacks: Hollywood lacked the imagination to recognize that a black superhero movie would be blockbuster.

There are many reasons for this, not the least of which are issues of race and implicit bias. While it is essential to acknowledge these undertones, there’s a big human behavioral issue here that we’ll explore.

Our Imagination Limits Our Belief in What's Possible

Whether we think about movies, science, startups, politics, retirement, or people, most of us are simply not that good at imagining beyond the boundaries of what we know or believe. Unless we recognize this, our failure of imagination will limit our belief in what’s possible. This has real-world consequences.

If we look at retirement planning as an example, we’re terrible at imaging the future in ways that will drive us to take action now, i.e. save more money. The classic marshmallow experiment – one now or two later – reveals the behavioral wiring that leads us to choose to have something now versus the future, even when that future isn’t that far ahead.

The Possiblities of The Future Are Hard to Process 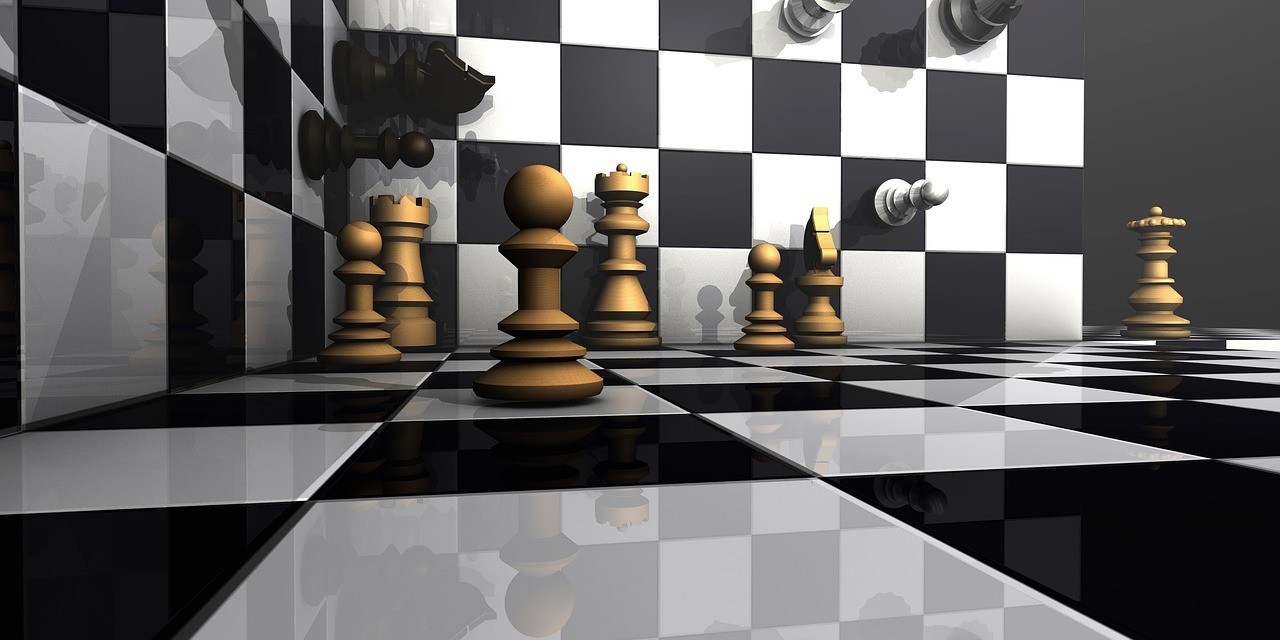 Thinking about the future is hard. It’s like thinking about a game of chess. The first move right in front of us is a simple choice. But when we start to imagine all the moves beyond that, the possible permutations start to multiply. Our brains go into overload the further out we go. The genius Grand Master will be able to think and imagine beyond mere mortals – but there are human limits. When you get to them, our brains slow down and heads start to hurt.

This is an example of us hitting boundaries we normally aren’t consciously aware of.

It is helpful to think of the brain as a biological computer that requires energy to run. Similar to a computer chip, pathways and connections that provide exceptional processing power also have limits. Like a combustion engine – there’s a huge range of performance that’s possible, but the physical structure and energy that can be supplied define the power it can generate. 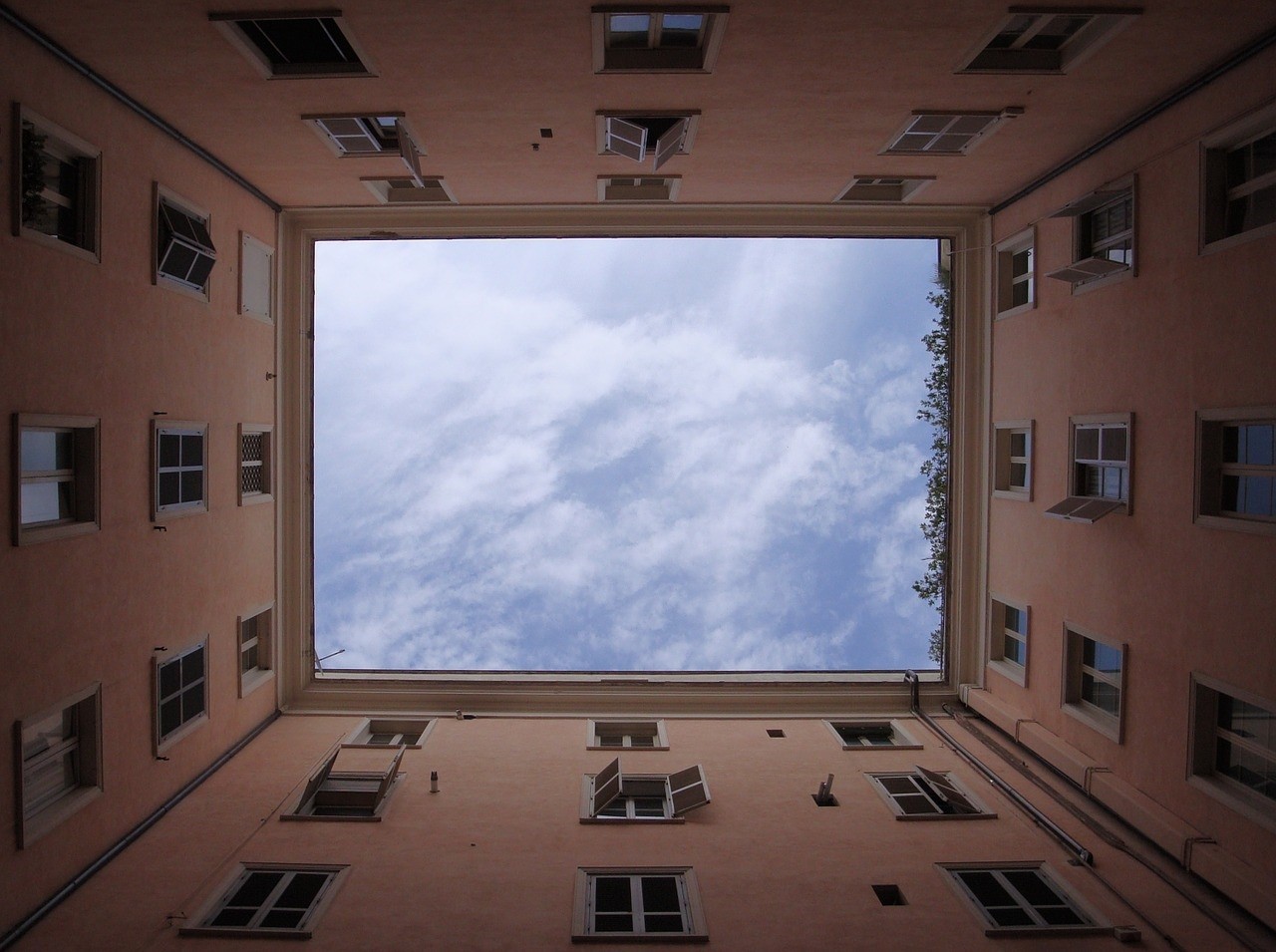 In this context, our brains work to identify and create patterns in the world around us to make it simpler to understand. We have created tools to process what we experience - language, stereotypes and assumptions of how we expect people to behave based on past experience. This allows us to make predictions about what we believe will happen in the immediate future.

If I tell my wife I’m going to wash the dishes later, my past actions will define the expected outcome of that conversation. But like the butterfly flapping its wings and causing a hurricane, if we did not have an anchor for expected behaviors or specific context to think about them, imagining the future implications of all the possible outcomes of a simple decision would require far too much processing and effort. 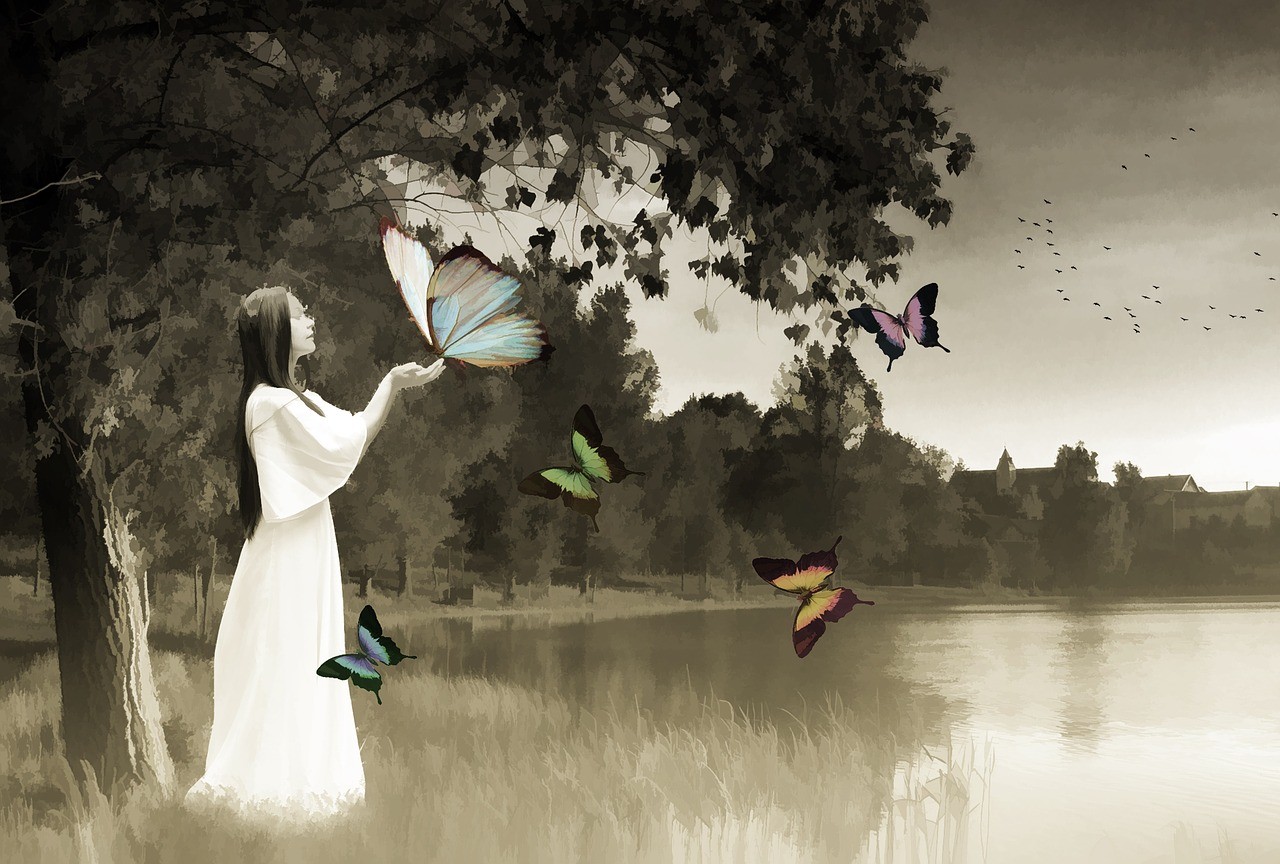 Past Experience Limits Our Imagination

Our ability to think ahead is limited by our experience. This is the core of Nassim Nicholas Taleb’s book "The Black Swan”. Our over-reliance on the past to predict the future means that it’s hard to imagine a black swan if all we have seen are white swans. The 2008 financial crisis was simply the latest in a long list of examples.

We also need to remember that context and associations that prioritize what we remember have a key role to play when it comes to how deeply embedded are, and how hard it is to change, patterns of behavior. When it comes to climate change, the reimagining of evolution as both a horizontal and vertical inheritance of genes, and closer to home, our day-to-day interactions with others, we experience clashes between what we think we know from the past – often loaded with emotional context - and what may actually be going on.

How To Move Beyond The Limits of Imagination

It’s at these moments the limitations of our imagination become clear. And, that’s not a bad thing, because it provides an opportunity to stop and ask: How can we move beyond these limitations? Why would there not be black swans? Why would a movie with a black superhero not be a huge success? 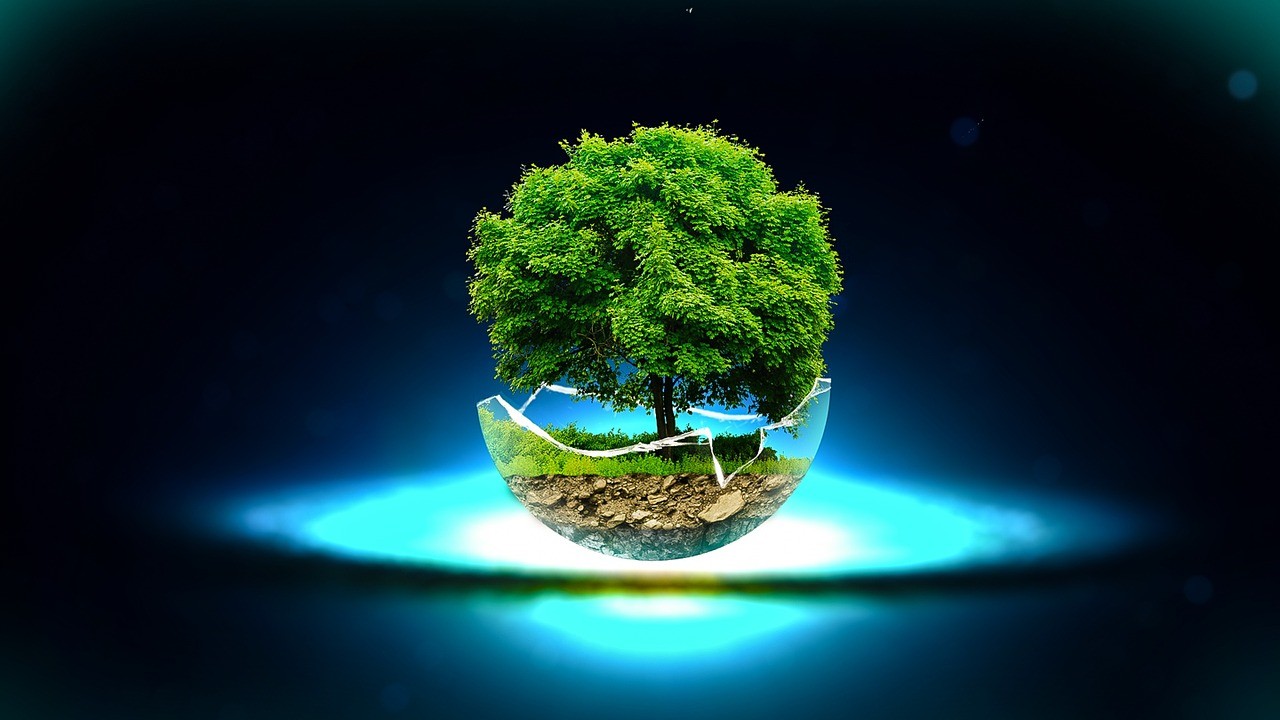 These questions open Pandora’s box. They are hard because the answers may require us to re-wire the hardcoded patterns we rely on to process the world. This takes enormous effort. And that requires us to believe there will be a return on that investment.

We Can Move Beyond Boundaries If We Recognize Them

Visionaries - Einstein, Picasso, Steve Jobs, Elon Musk – are differentiated by their ability to think beyond the confines that tend to limit most of us.

Although they are extraordinary, I’d argue that we all have the opportunity to think beyond the boundaries of our imagination, if we better understand them and are willing to do the work required to take the road less traveled.

We need to recognize and celebrate the moments when we do this. Small as well as big ideas count. Imagining leaving a job to start a new business or engaging a friend or colleague from a different background in ways that aren’t shaped by preconceptions are small examples of the opportunities to move beyond our imagination to potentially improve our and others’ lives.

Also read: Tunnels & Funnels: Why We Make Bad Decisions & How We Can Make Better Ones and Thinking Outside The Box to Make Better Client Connections.